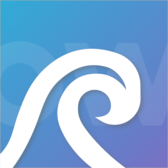 👋 Hey! I love writing this newsletter each week, especially because you read it. If you know anyone e